This encounter had been a long time coming... Much too long.

Raul immediately pulls out both chairs at a table near the front of The Gold Star Chili and takes seat at the one closest to the window. The window overlooks the busy intersection bust with vehicles full of creatures slithering to and fro in their vehicles each high on the Bengal’s' Victory the previous Sunday. Today is Tuesday (I think) already threes talk... "This year is THE year baby! Cincinnati Bengal’s at the Super Bowl" That shit is real cute. I appreciate the optimism. It's really adorable to see so many people getting-off on something together that doesn't involve that much violence.

I take the seat opposite of Raul. I'm wearing a shirt that clearly sez FOOTBALL on it. Normally it is my yard-mowing shirt but today I needed to add some extra statement to my being, so the FOOTBALL Shirt was chosen. Today was a special day for me... The last tine I seen Raul was during the Day of Two Totally Huge Fucking Dudes–TFHD Day which means something only to us and maybe one (at best) totally unknown other. TFHD Day was in 2012 just before major crashes, bashes, lashes and dashes fell upon us both in a frenzied veil of utter bullshit known as life (and that word is intended to be used verily lightly). On this day, we were reunited. We looked at each other as if the other was a ghost... Not believing our eyes until we titanically hugged.

I wore the shirt was wearing this exact shirt during a day of drunken motor-boating at
Caesars Creek State Park with friends when we came across stranded boaters who asked for a tow back to the docks. In getting the
tow-line situated, I told (yelled) the stranded boaters with confidence, hands cupped around my mouth for added volume and a bit of slurred speech... I said "DON'T WORRY!!! MY SHIRT SEZ 'FOOTBALL' EVERYTHING WILL WORK OUT FINE!!!"

Were at a Gold Star Chili location nestled on Big Bad Route 63 near 1-75 within eye-shot of Traders World, Cincinnati Premium (level) Outlet Malls and Tire Discounters in Über-Monroe, A City of Everything... True, Raul or I are not within view of a mobile-phone retailer, a Mattress Outlet nor Liquor Store (the big Suburban 3) but we know for a fact that Monroe does have a Hustler Adult Bookstore chain location and Joe Morgan Honda location that employs one of the worst Dr. Jekyll & Mr. Hyde salesman I have ever personally witnessed. I'm confident that if a proper community audit was done, a shady well-lit with LED advert signs cell-phone store, Mattress Outlet and even a synthetic marijuana selling location would be discovered.

Normally upon entering a Gold Star, patrons know exactly what they want. In the last decade the menu of Greater Cincinnati Chili parlors have began branching out to include French (Freedom) Fries, Counter-productive foods like Salads (yuck) as well as Double-Decker’s and even at some Skyline Chili spots decadent foods like Funnel Fries... Raul and I knew we wanted Chili–that was given. However, asking and then being granted for a moment to decide from our attentive waitress, it wasn't a matter of chili or its various forms, but how much chili we were going for.

As previously stated, visiting the Tri-State/Greater Cincinnati area from the Fat City-Junk Town region of Colorado, a truly memorable level feast was called upon. I took charge of the situation. I refused to let our telephone and Face-Time discussions to just be talk or here-say. This meeting of Raul and I was going to be memorable... Or else.
...! 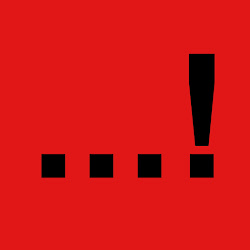